The surprise swarm that took Jeffs grainery by storm! 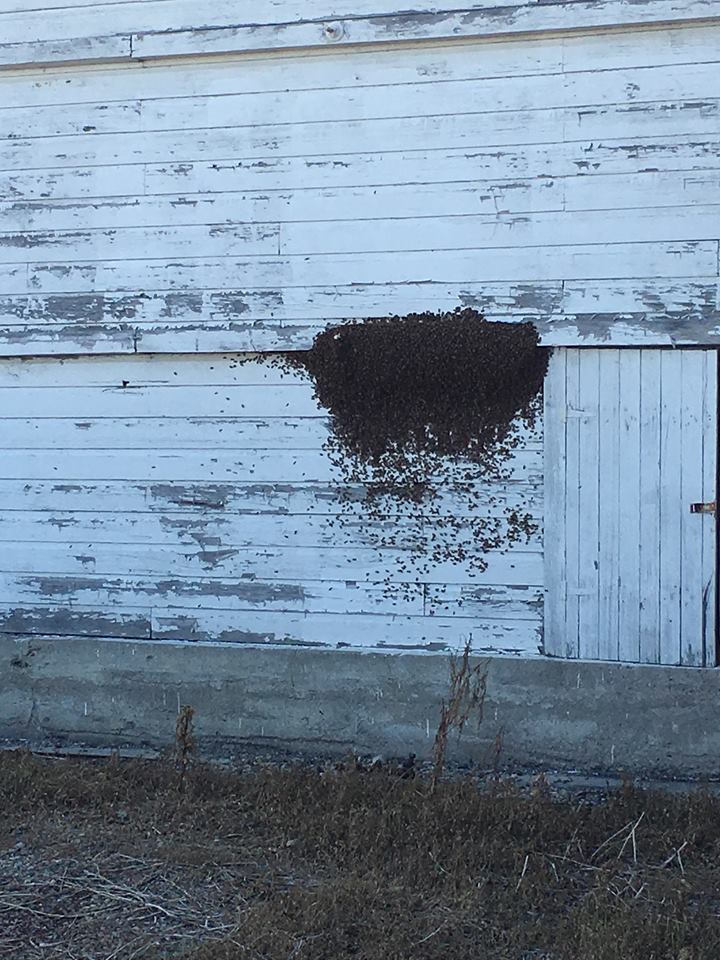 In just 2 days honey bees had created a swarm on Jeffs exterior wall of his grainery. This isn’t the first time bees have been around before but never a swarm like this.  This time it was more of an adventure.

Wanting to get rid of the invasive swarm he got Shawn Maskwa a seasoned beekeeper to come out and asses the situation. The first day he came out the clouds were overcast.

*Fact- Bees are grouchy when the clouds are overcast 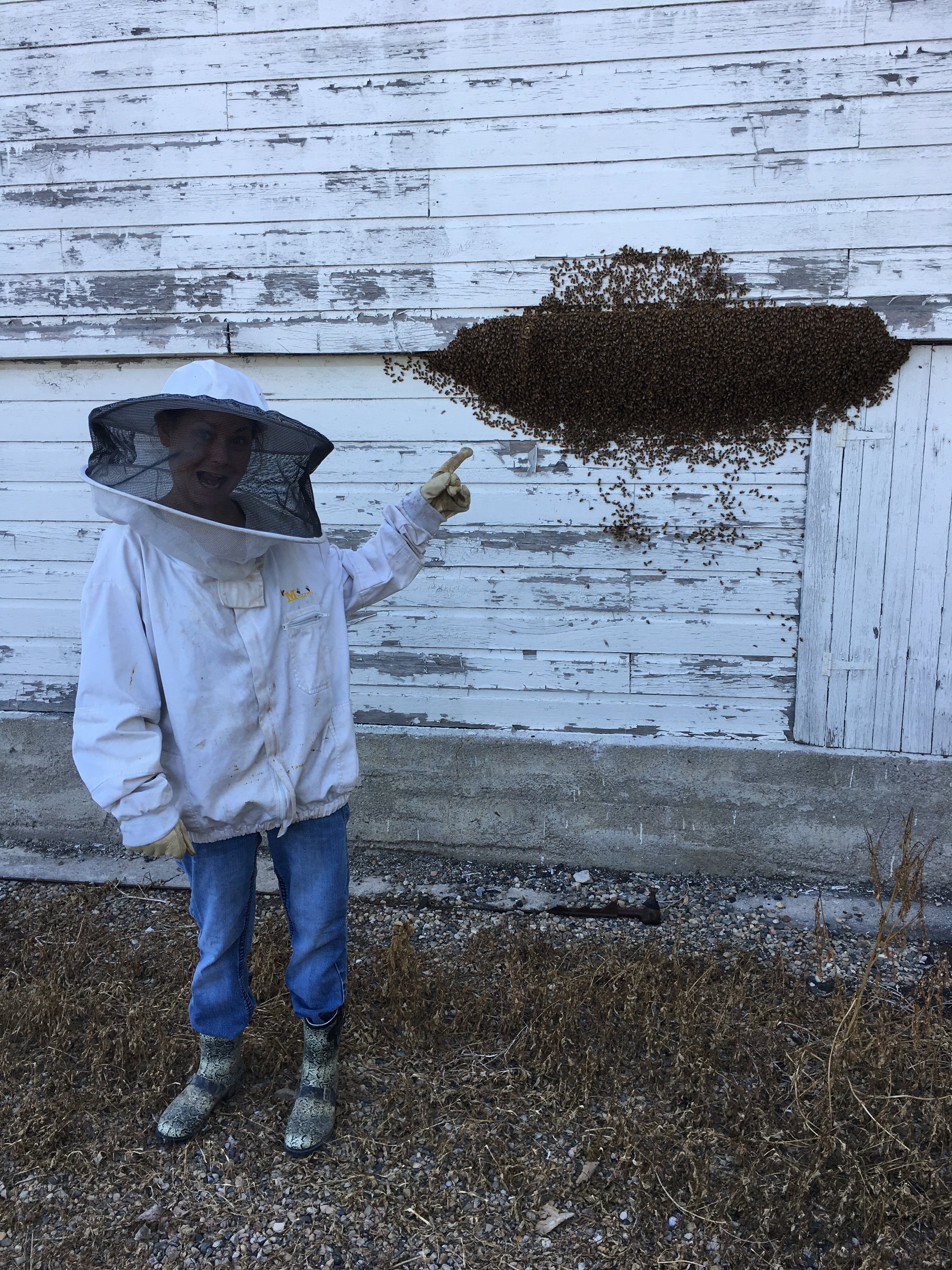 So, we waited until the next day. The goal was to find the queen and transfer the swarm. We suited up. We started out trying to use a vacuum bucket. The swarm was too big and thick and was clogging the vacuum hose. So Shawn scooped the bees with his hands and moved them into the beehive. 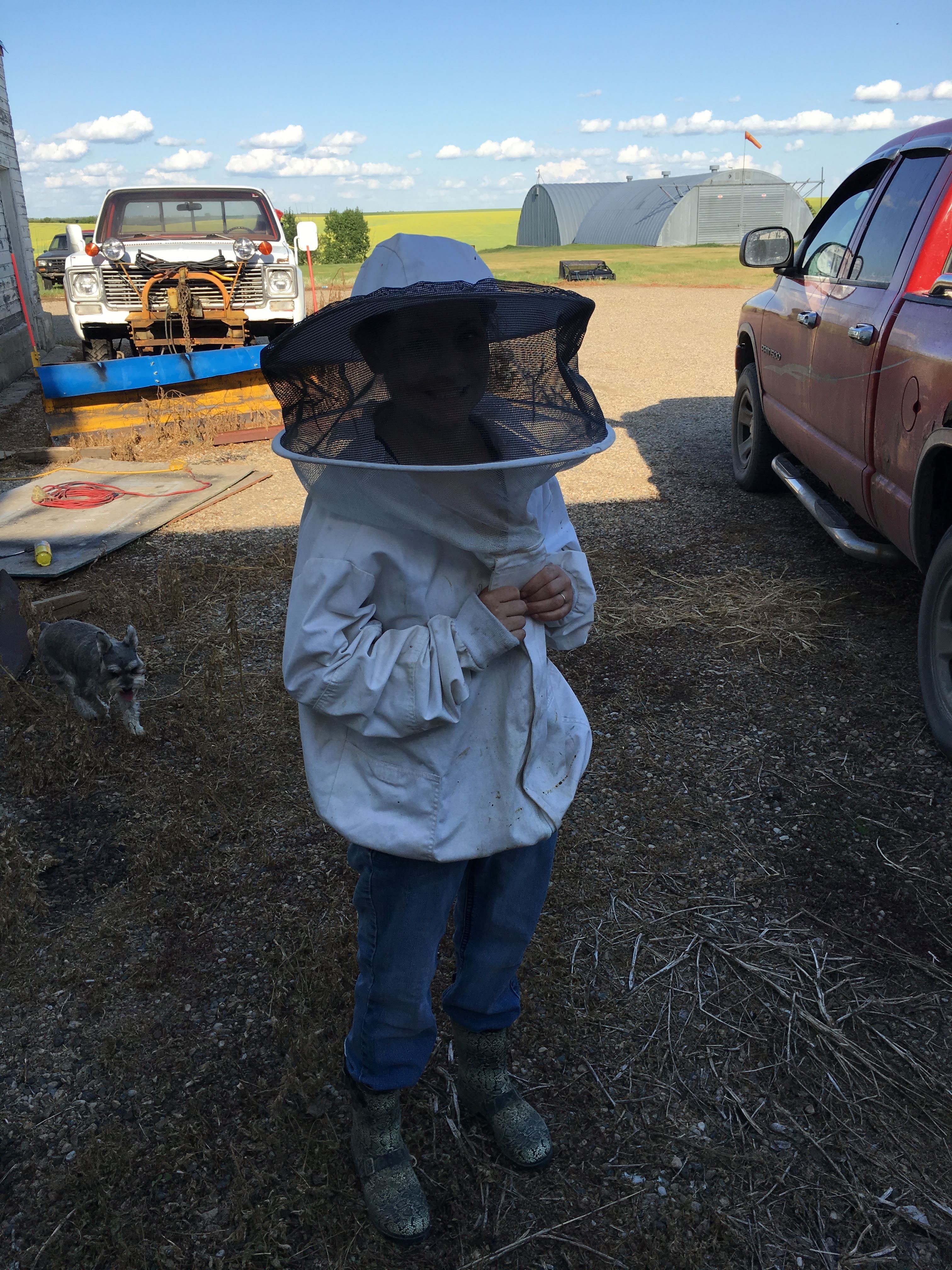 I got to “bee” a beekeeper for an hour or so until I got so hungry I had to leave. Never been stung by a bee before I didn’t know if I was allergic. Good thing Shawn keeps an EpiPen on hand. Dad (Malcolm) was nowhere to be seen because of his irrational fear of bees and wasps. Mom (Diane), Jeff, and Drew were standing on the sidelines.

After a few hours of scooping, vacuuming and pulling boards off the side of buildings most of the bees were removed! The bees were surprisingly docile. Shawn was able to remove the main honeycomb. Although we didn’t get to see the queen he was pretty sure we got her because the bees were content in their new hive and all the ones not transferred were trying to get into it. 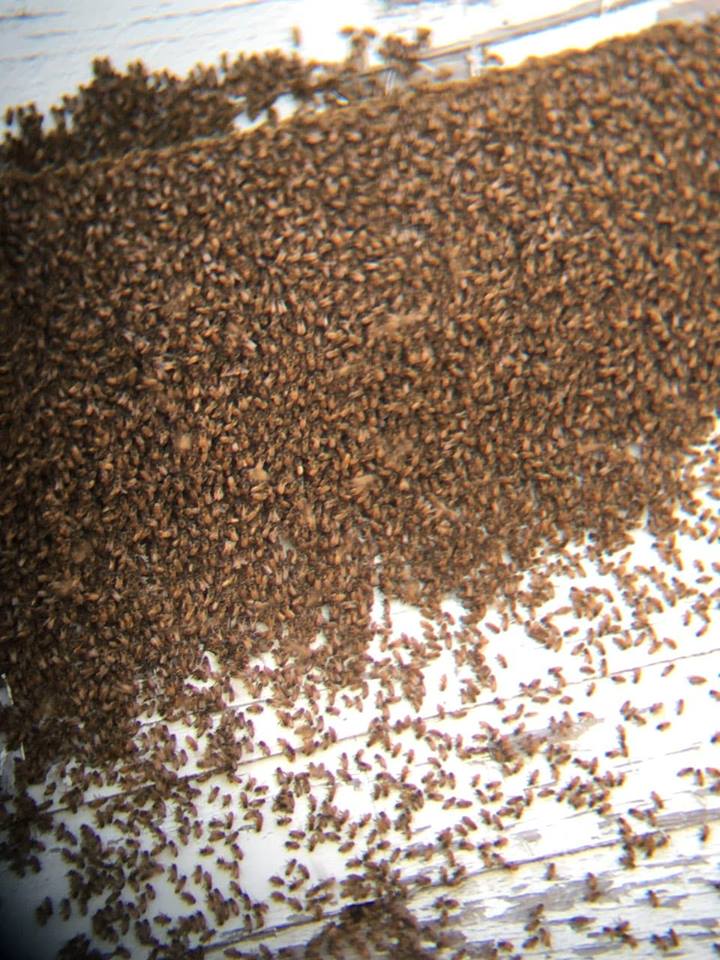 After a lot of work by Shawn and Jeff, the bees were contained and were transported to Shawn’s farm (after quarantine) where they can hang out with the rest of his bees. They will be well taken care of and producing honey, not so close to Jeffs tools.

**Update** The queen has been found. The beekeeper will leave them alone for 2 weeks to see how they settle